This is a story of things lost and found. Specifically, two once-illustrious names that faded from view, and have been restored to glory by the Drinksology Studio.

Individually, Kirker and Greer were already distilling families of distinction. and when they came together, they became truly formidable,
producing millions of gallons of irish whiskey a year by the turn of the 20th century. fleets of river barges brought cargo-loads of barley to their mighty distillery, then ferried the barrels of mature whiskey out to ships waiting
impatiently in Belfast lough.

but history happens. things change. tastes change. people change. names disappear. And then, years later, they are found and rediscovered by Drinksology. stills return to life. the barrels fill. and, once again, glasses are raised. 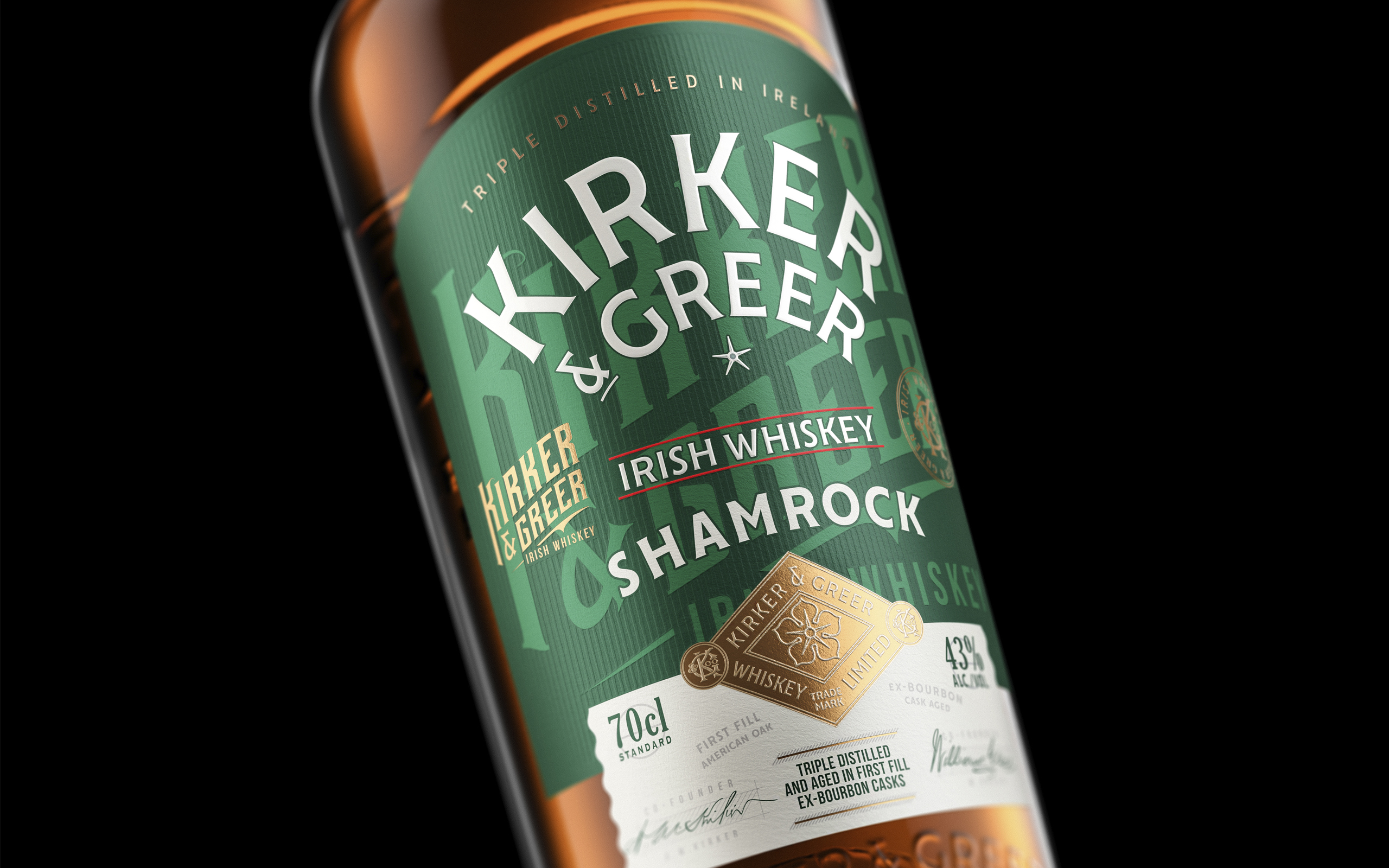 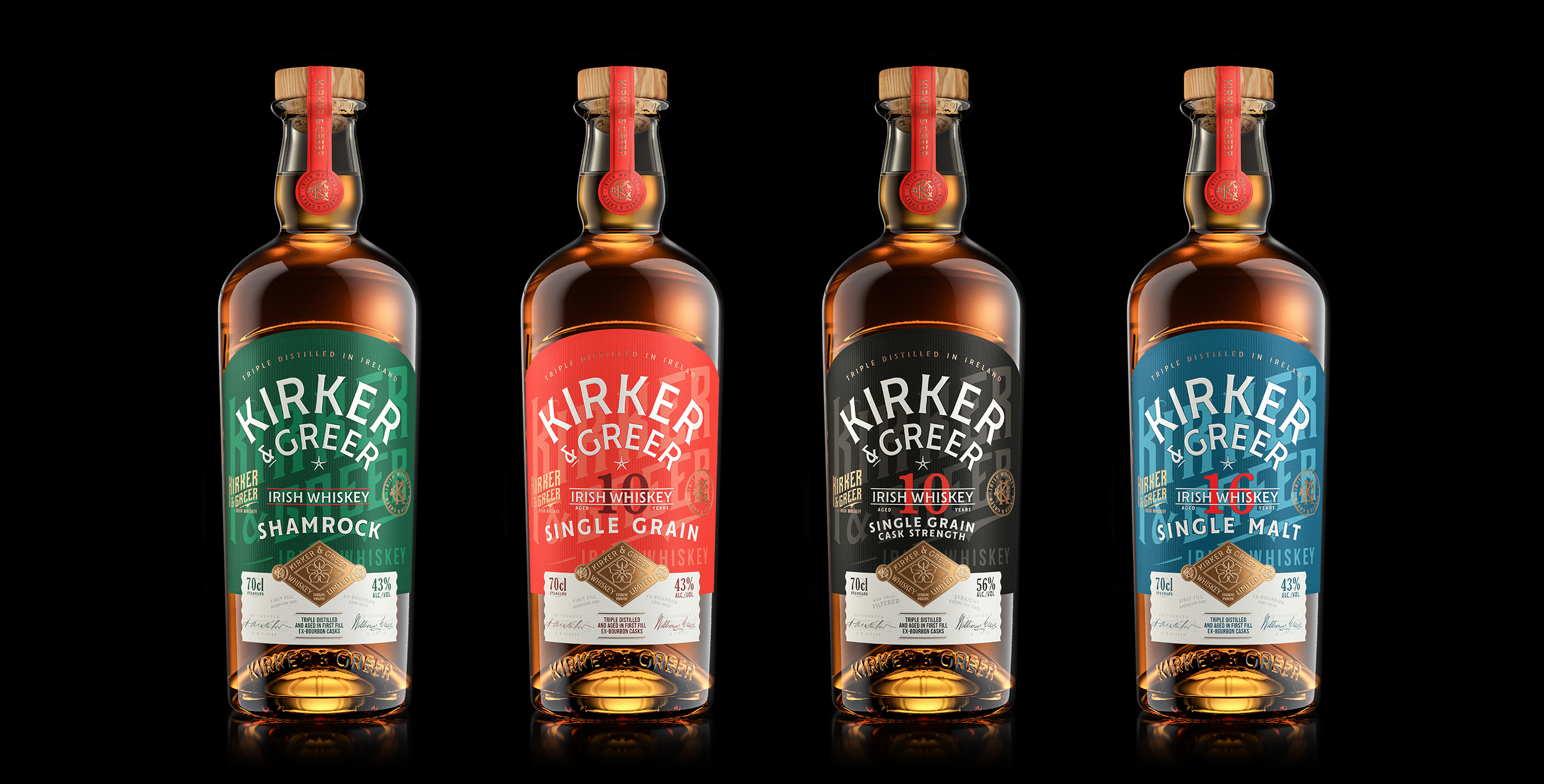 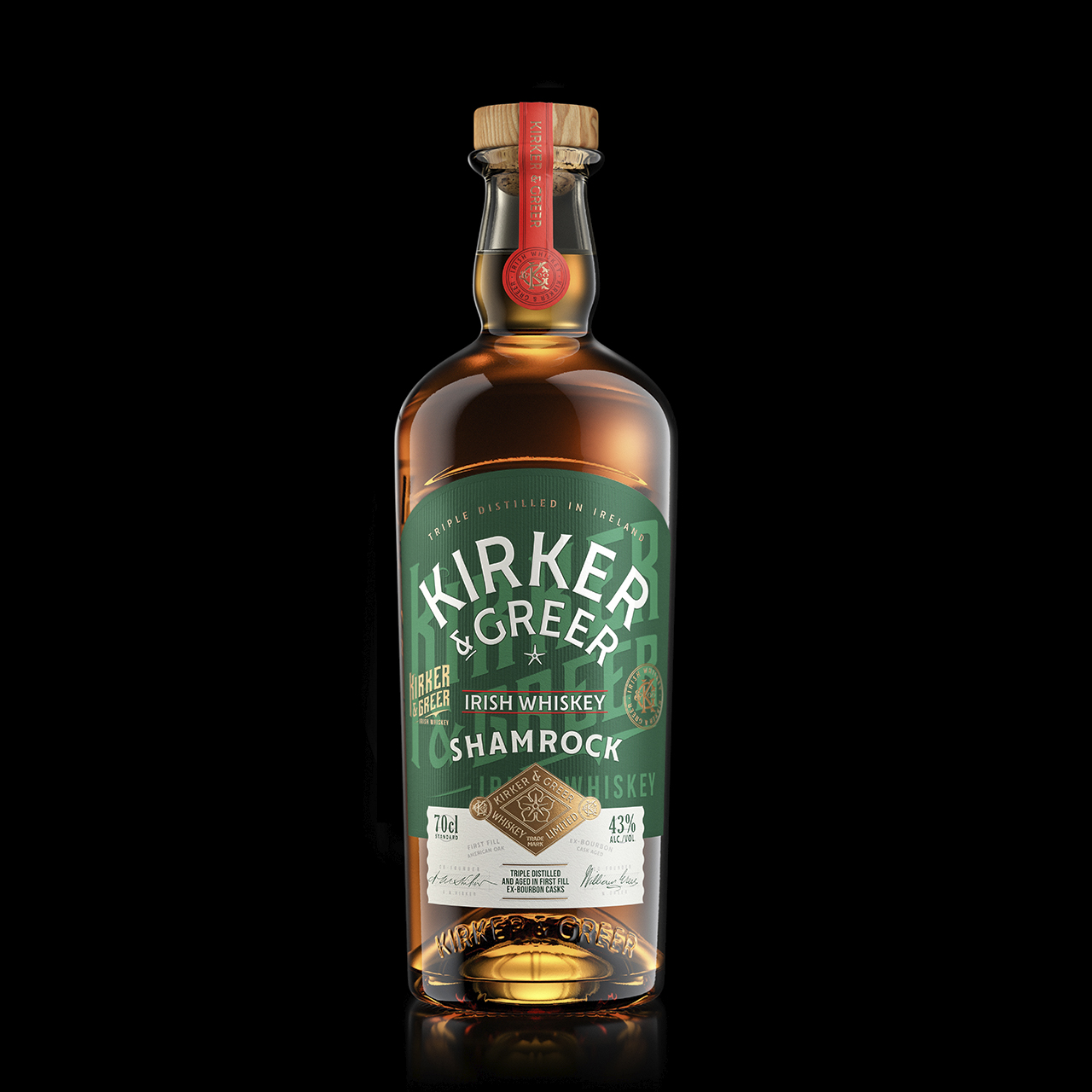 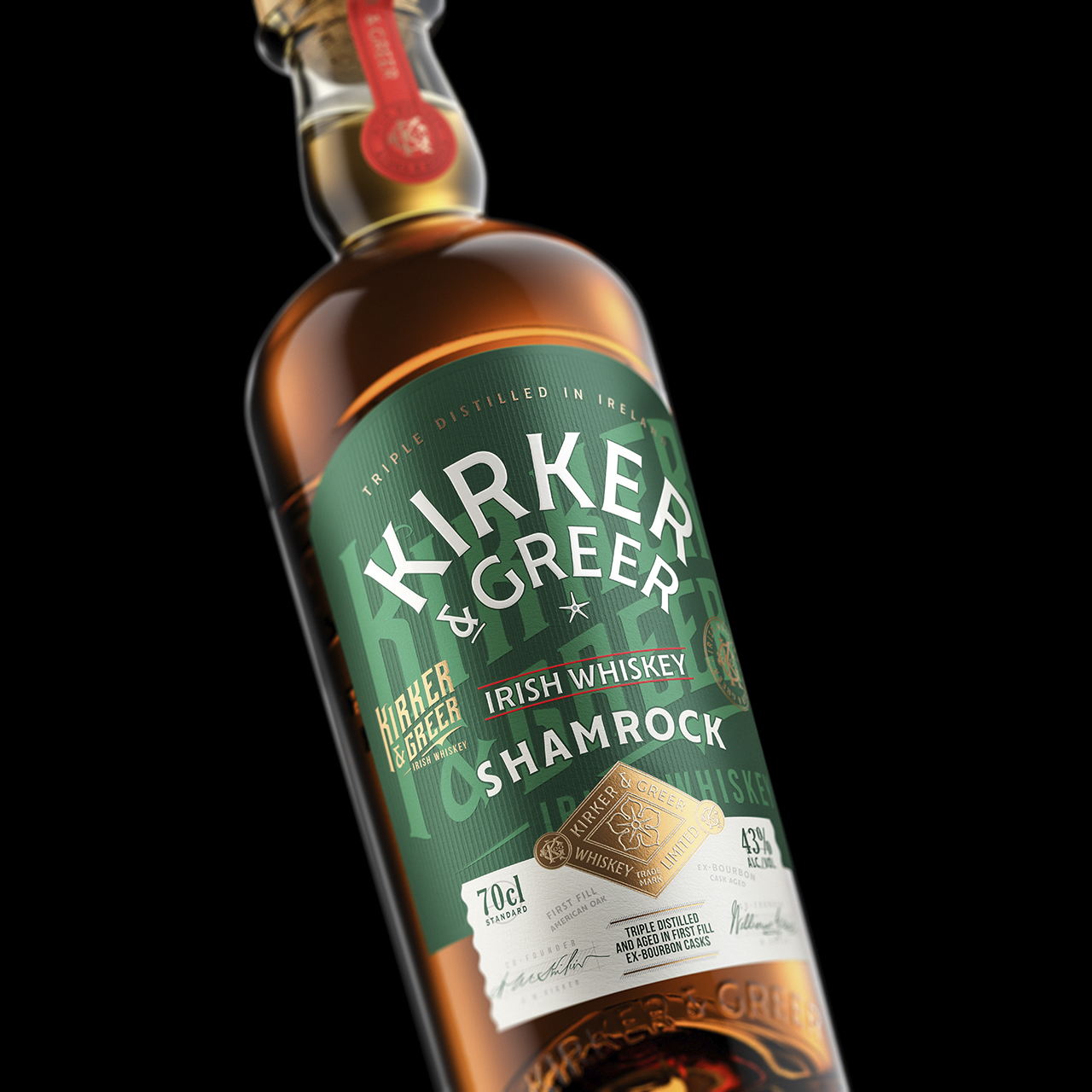 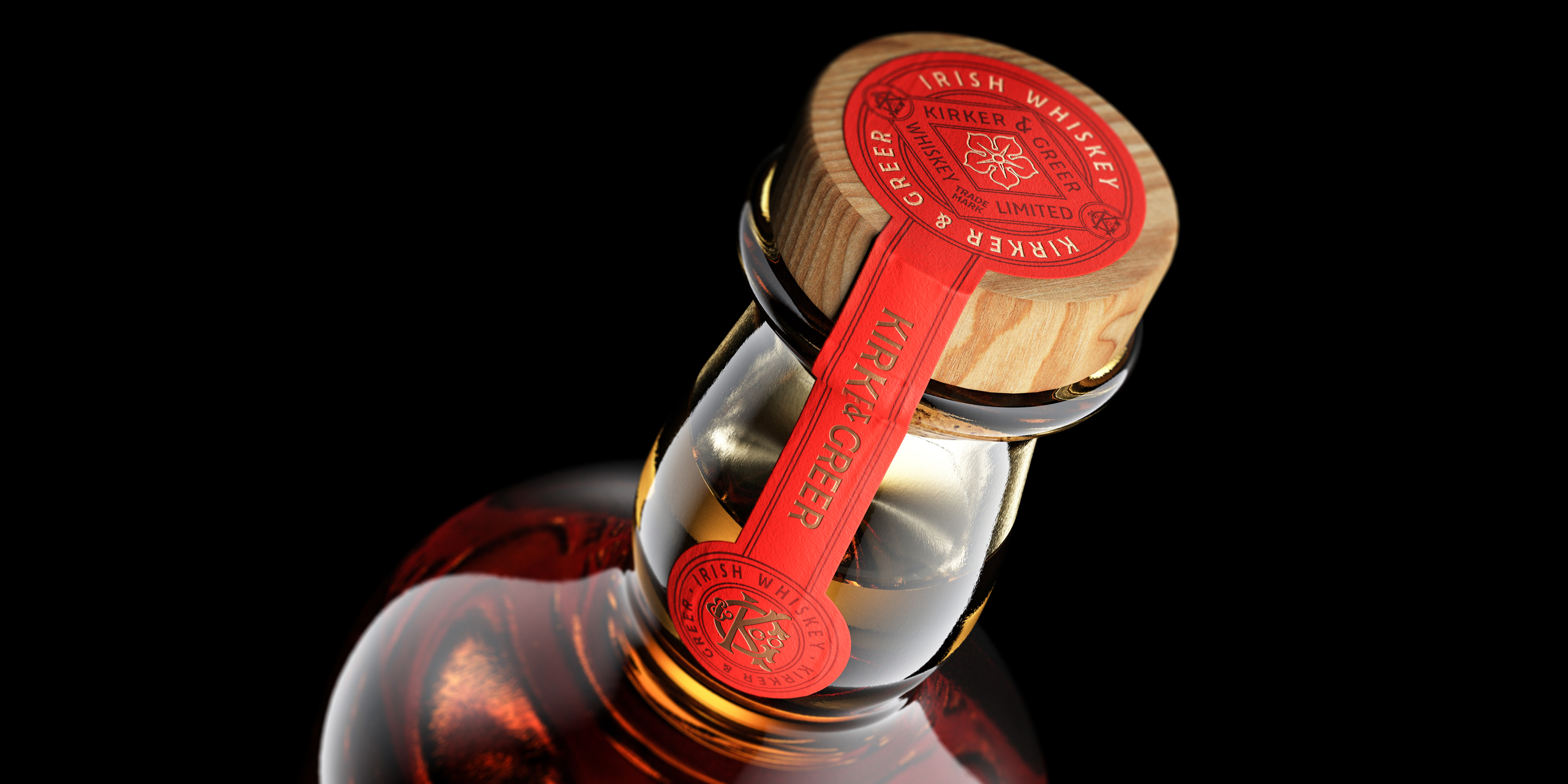 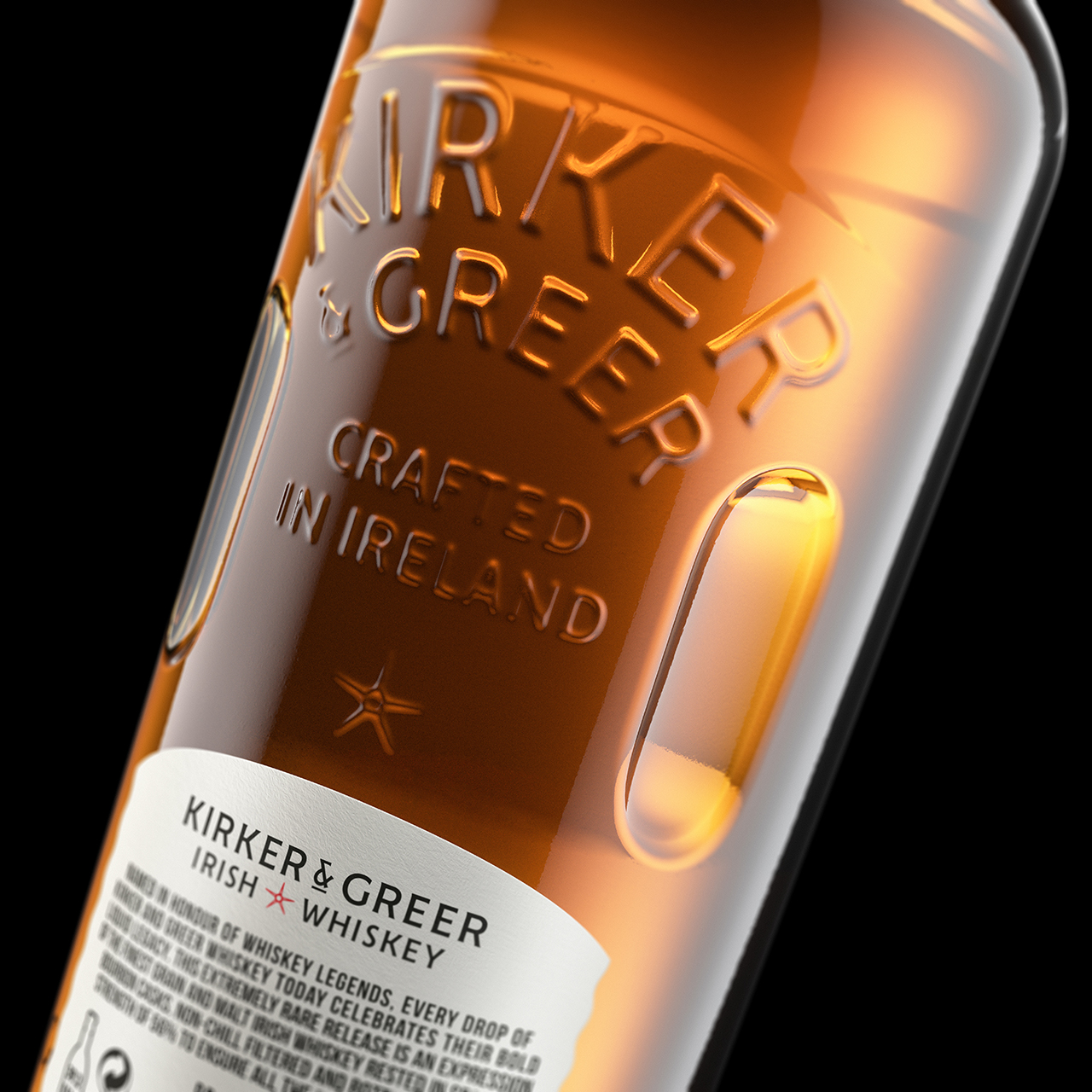 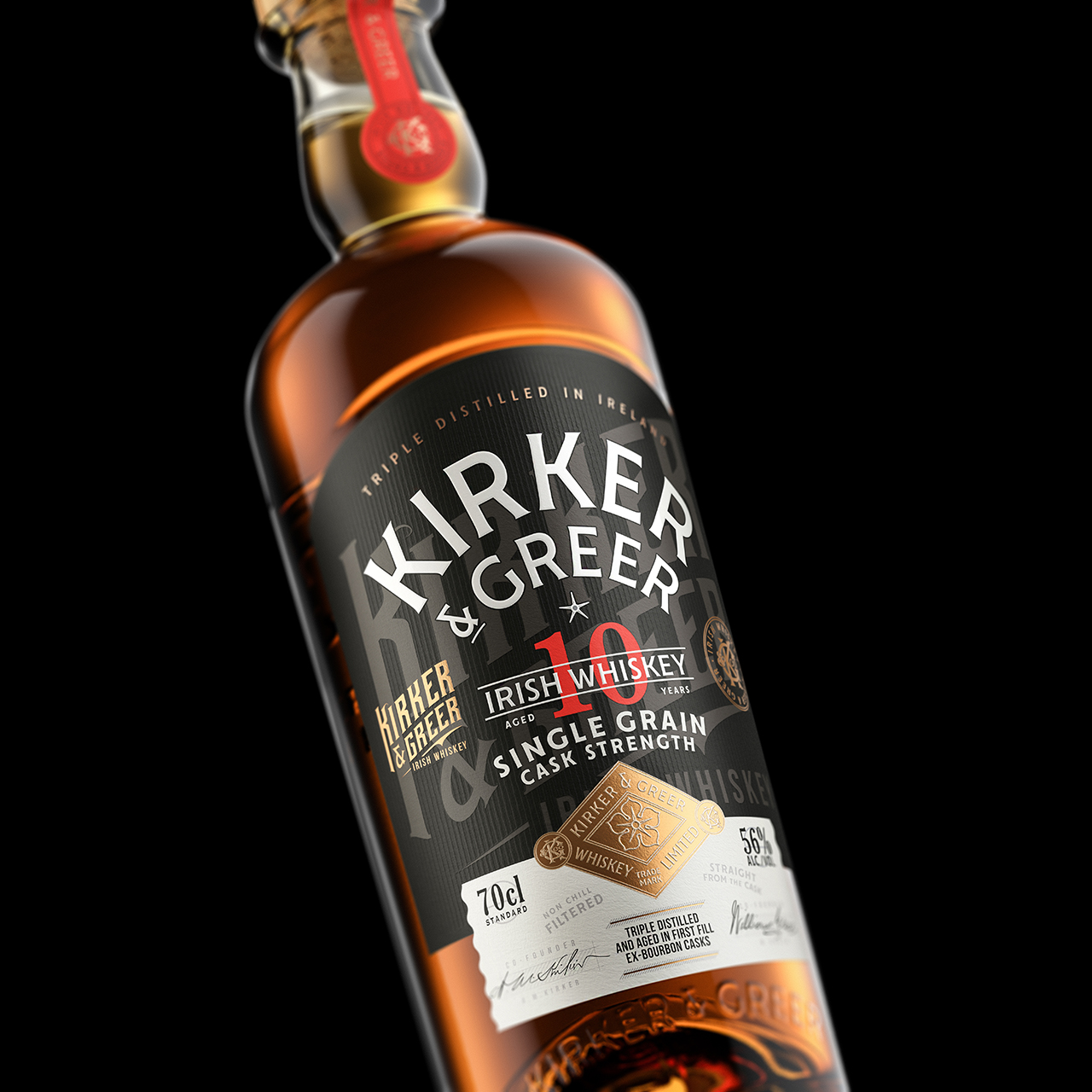 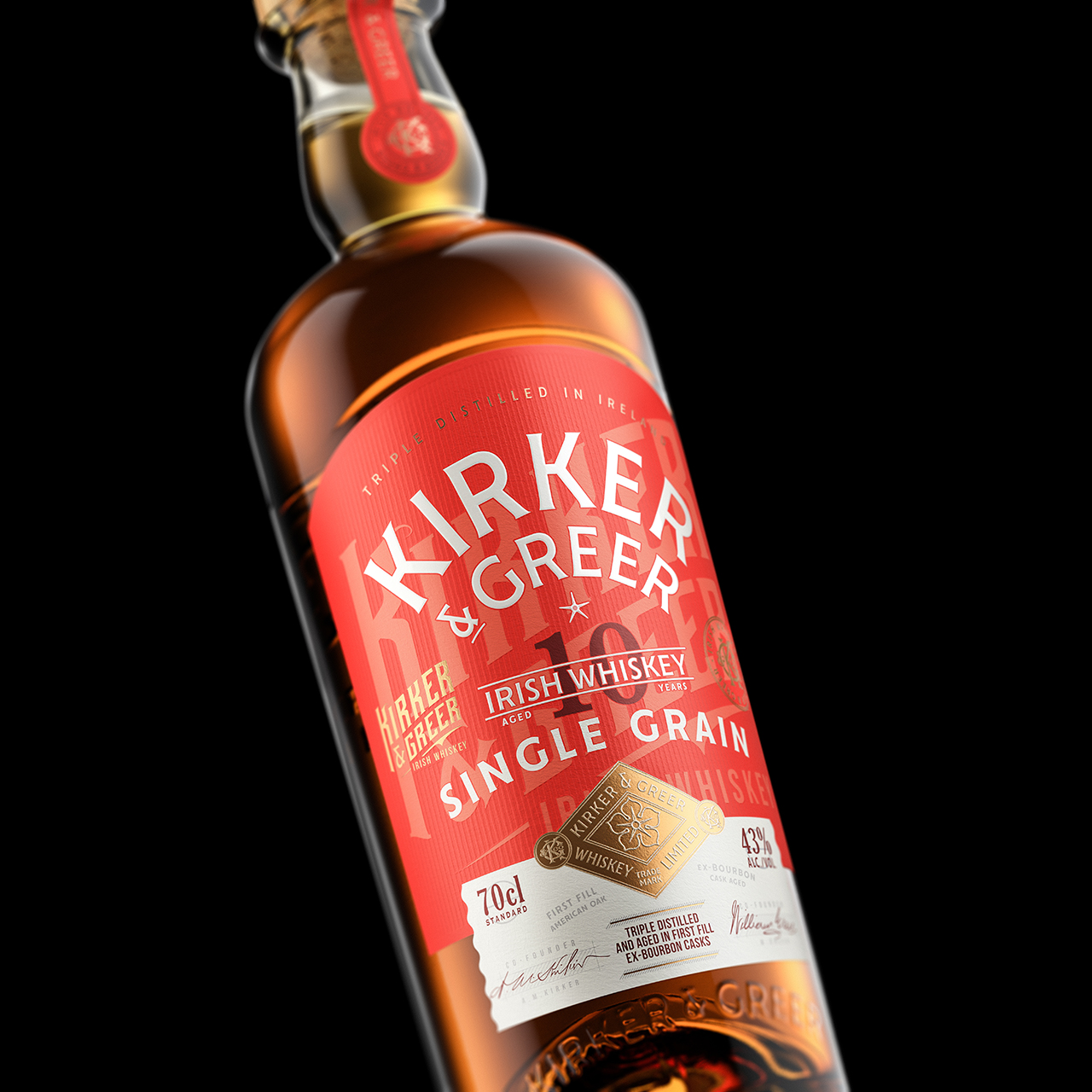 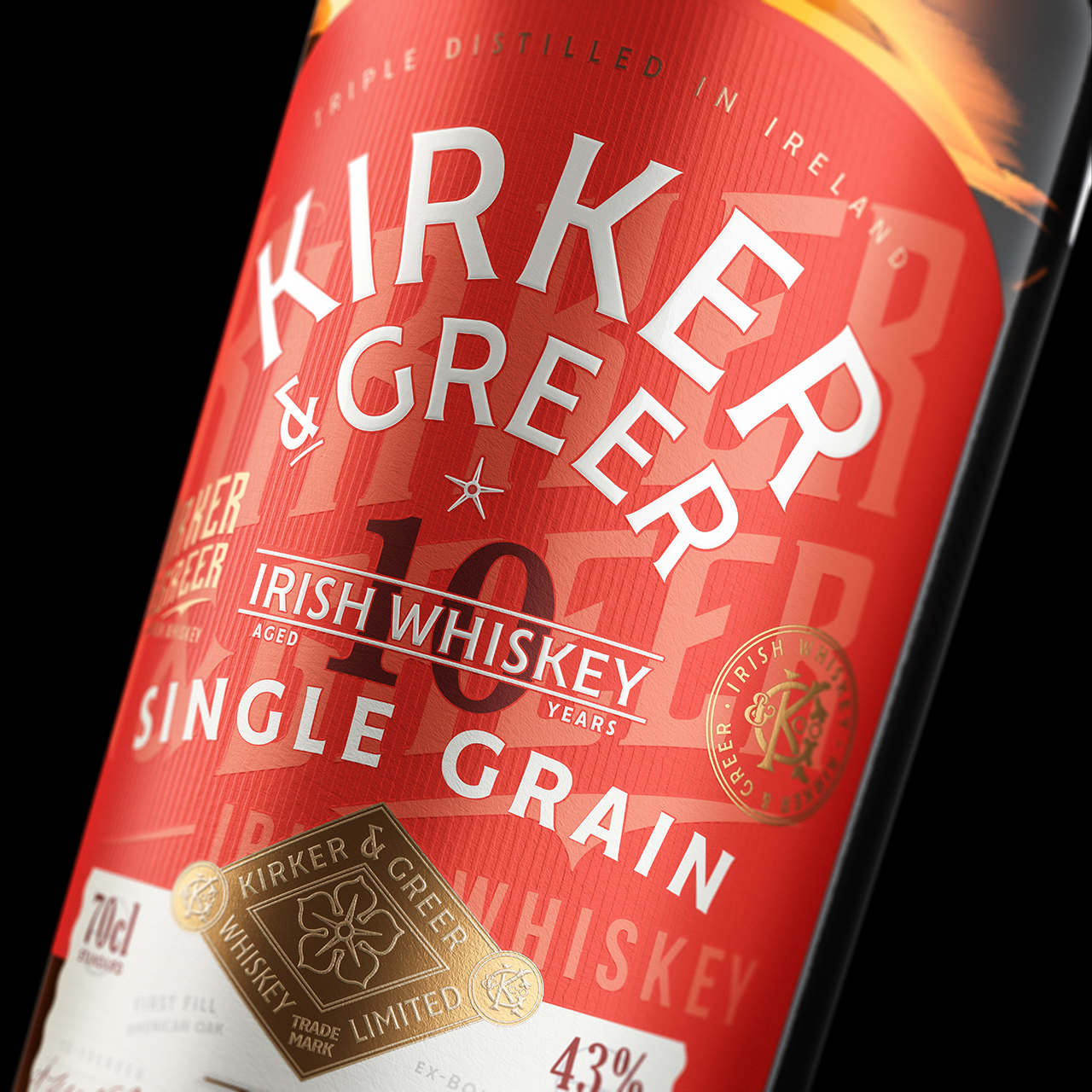 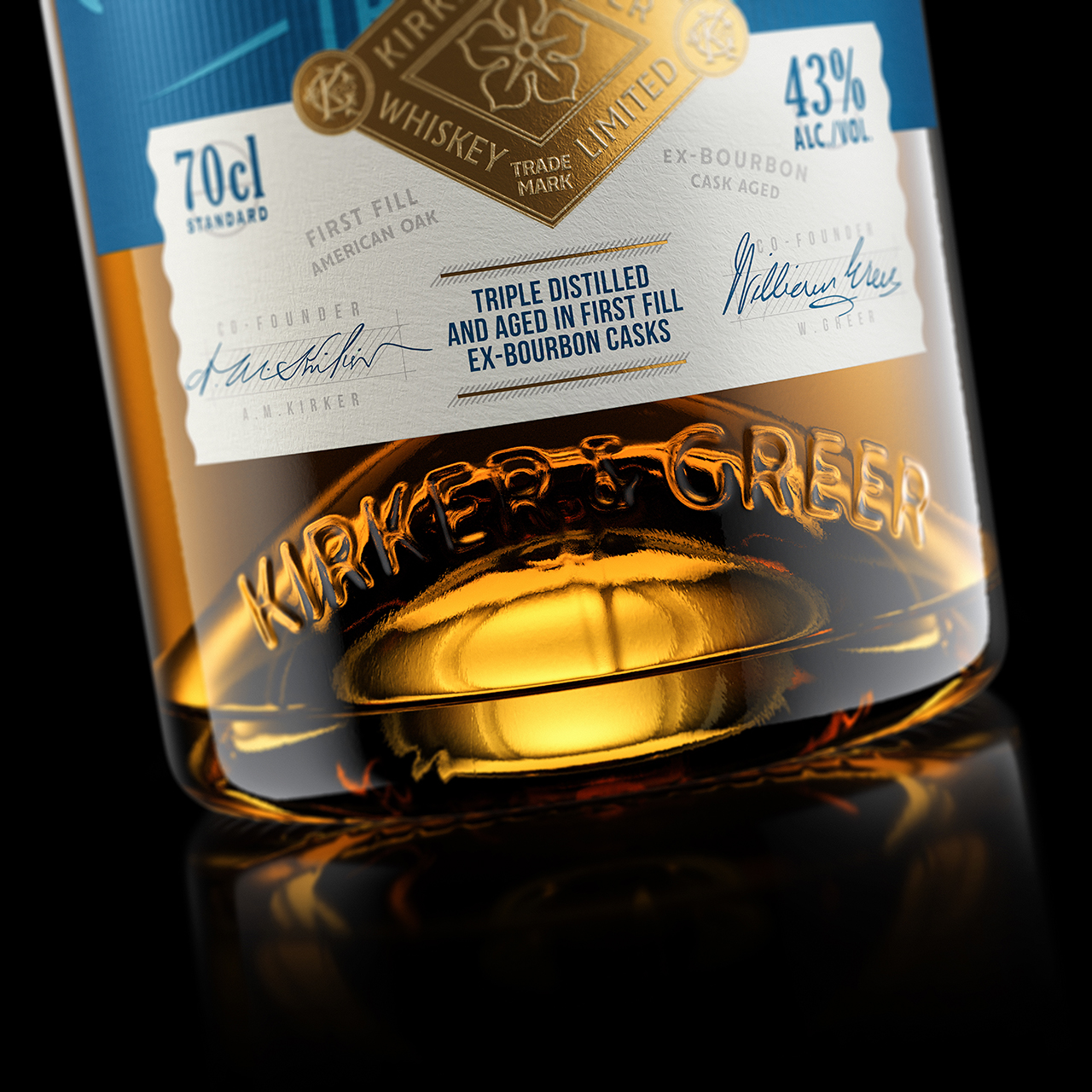 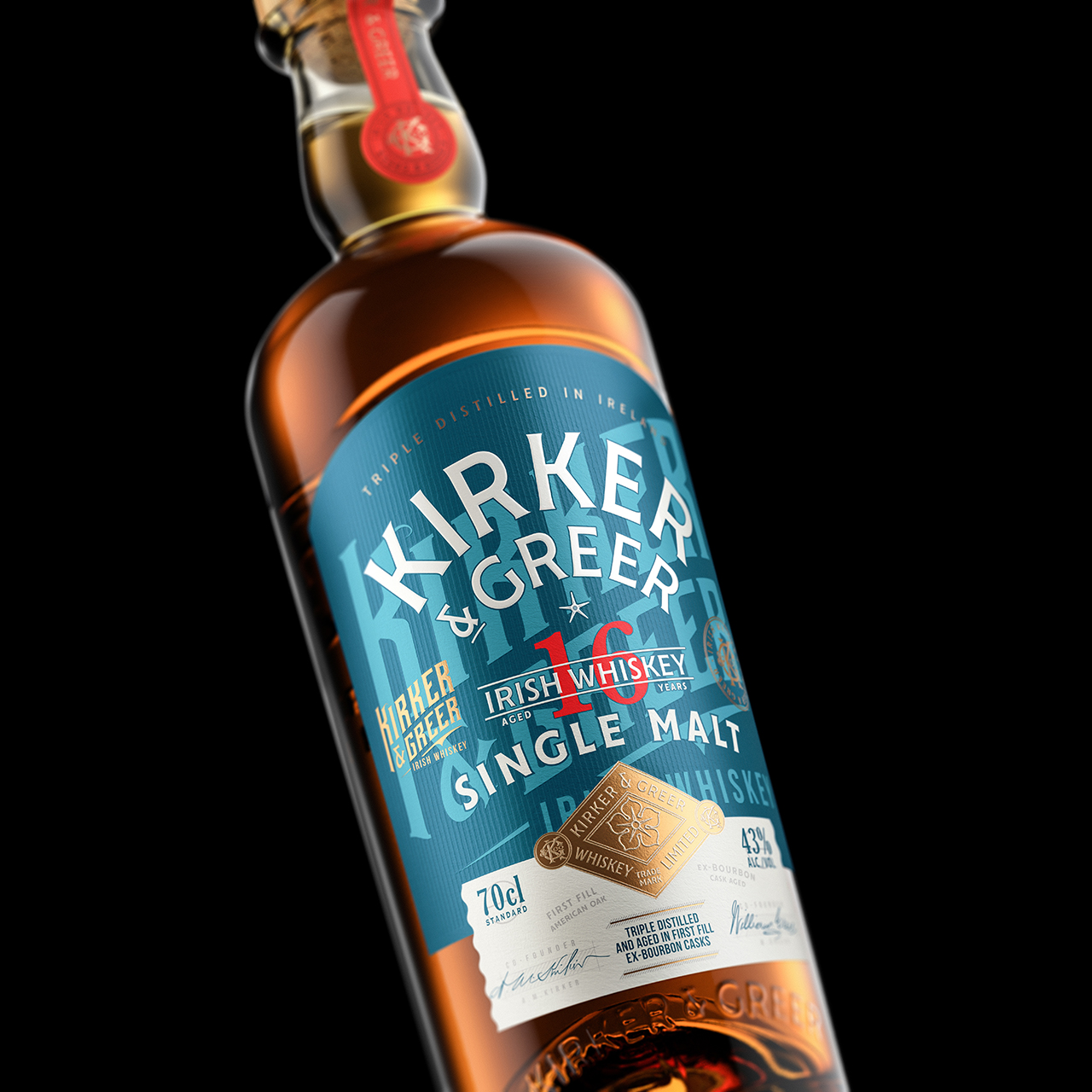